Why I Shoot Digital and Film

find your way around

Welcome to the blog!

Hi, I'm Michelle! Grab a coffee, sit back, and relax as you browse my latest client work, personal projects, and travels.

Why I Shoot Digital and Film

If you’ve been following me on Instagram lately, then you know I’ve been posting more photos (I try to post at least once per day). And since I’ve been shooting here and there around Maryland for the past few months, I’ve had many opportunities to practice and improve upon taking better pictures. This includes my adventures into shooting film on a regular basis.

I first “discovered” film a little over two years ago when I stumbled upon Mastin Labs presets (created by renowned film photographer, Kirk Mastin). The presets are meant to emulate several different kinds of real film stocks (Portra 400 and Fuji 400H and my favorites). I hadn’t really figured out my style in photography yet and wasn’t even open for business at the time. I wanted to be sure I had consistency to my images, but I was stuck and didn’t know where to begin.

Using Mastin has allowed me to slowly fall in love with the look of film. Since shooting more film in Maryland, I’m growing to love the process more and more. Film allows me to slow down while shooting, considerably. Because each roll of film costs actual money (meaning each shot I take costs me about $0.25), I place more value on each and every frame. I take my time picking and choosing what I will shoot, carefully deciding my angle and composition before clicking the shutter. Not every photo needs to be taken. When the timing is perfect and everything falls into place, I take the shot. Comparing digital and film side by side, the photos speak to me more because I know I waited for the moment, rather than just snapping away a million frames on my digital camera.

Why not just shoot digital and be done with it? Well, it’s more than just a photo to me. Film makes me feel a certain way when I look at a photograph. Frames are taken with a purpose, and often times I can remember exactly how I felt in the moment of shooting any particular photo on film. The colors and tones in film photographs are unparalleled, often impossible to match in digital photography. It’s the overall feeling I get when I look at a film photograph, which is ultimately how I want my clients to feel when they see their images. It’s not just the photo, it’s the experience.

Below are a few examples of what my images look like straight out of my digital camera (RAW photos) and what the same image looks like shot on film. Digital photos shown here have not been edited in any way. Film images shown were shot on Kodak Portra 400 and developed by Richard Photo Lab. 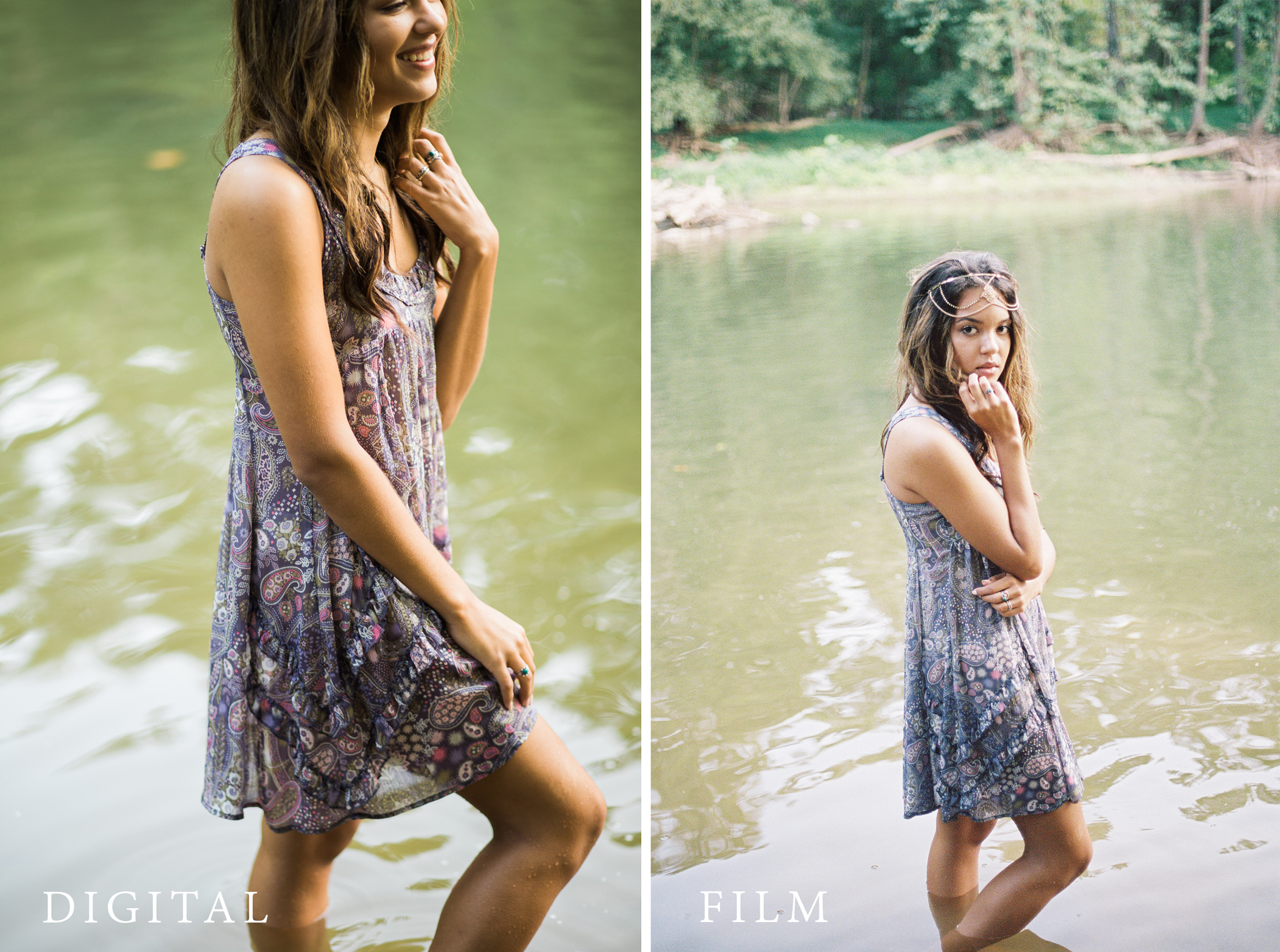 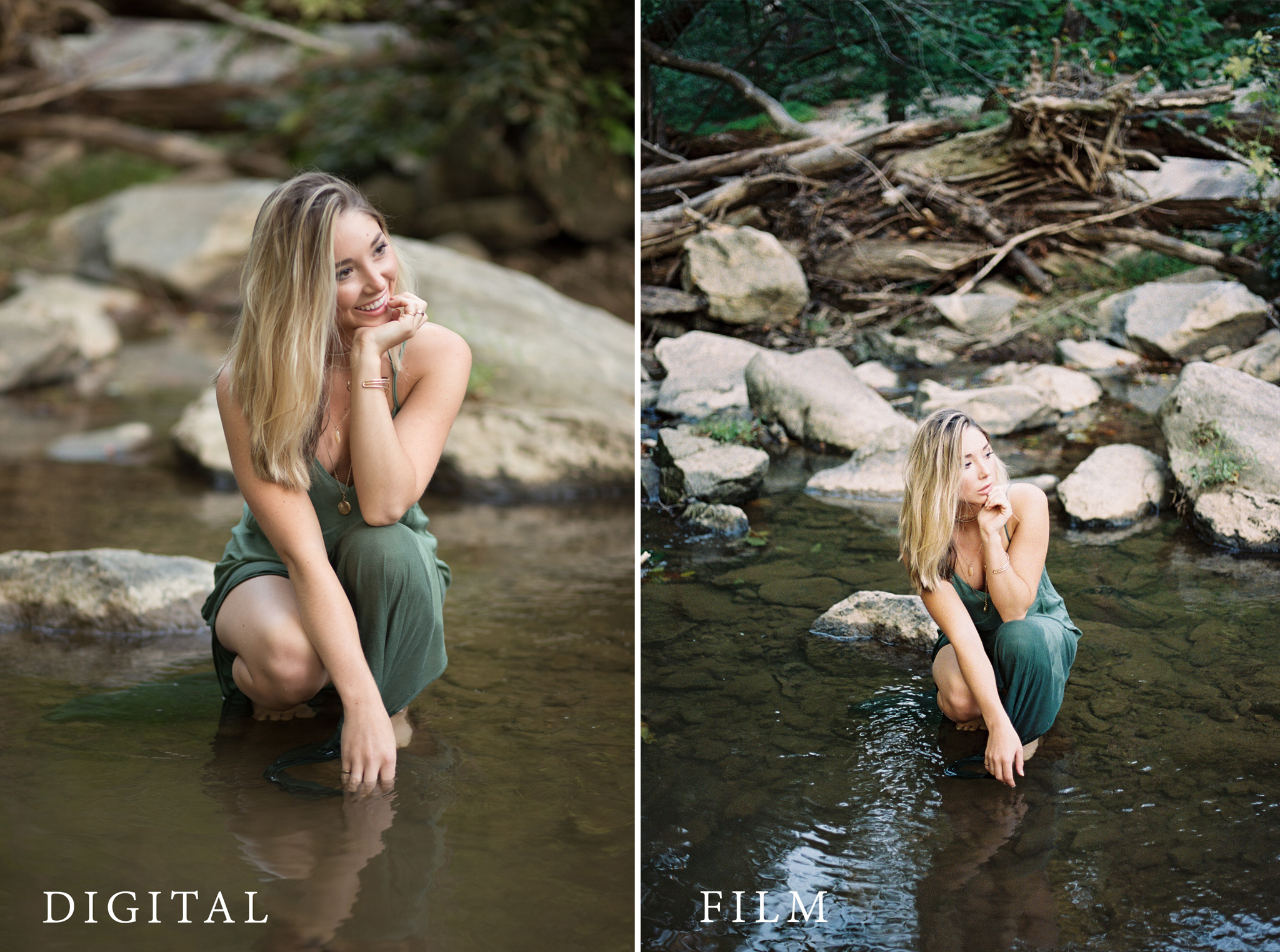 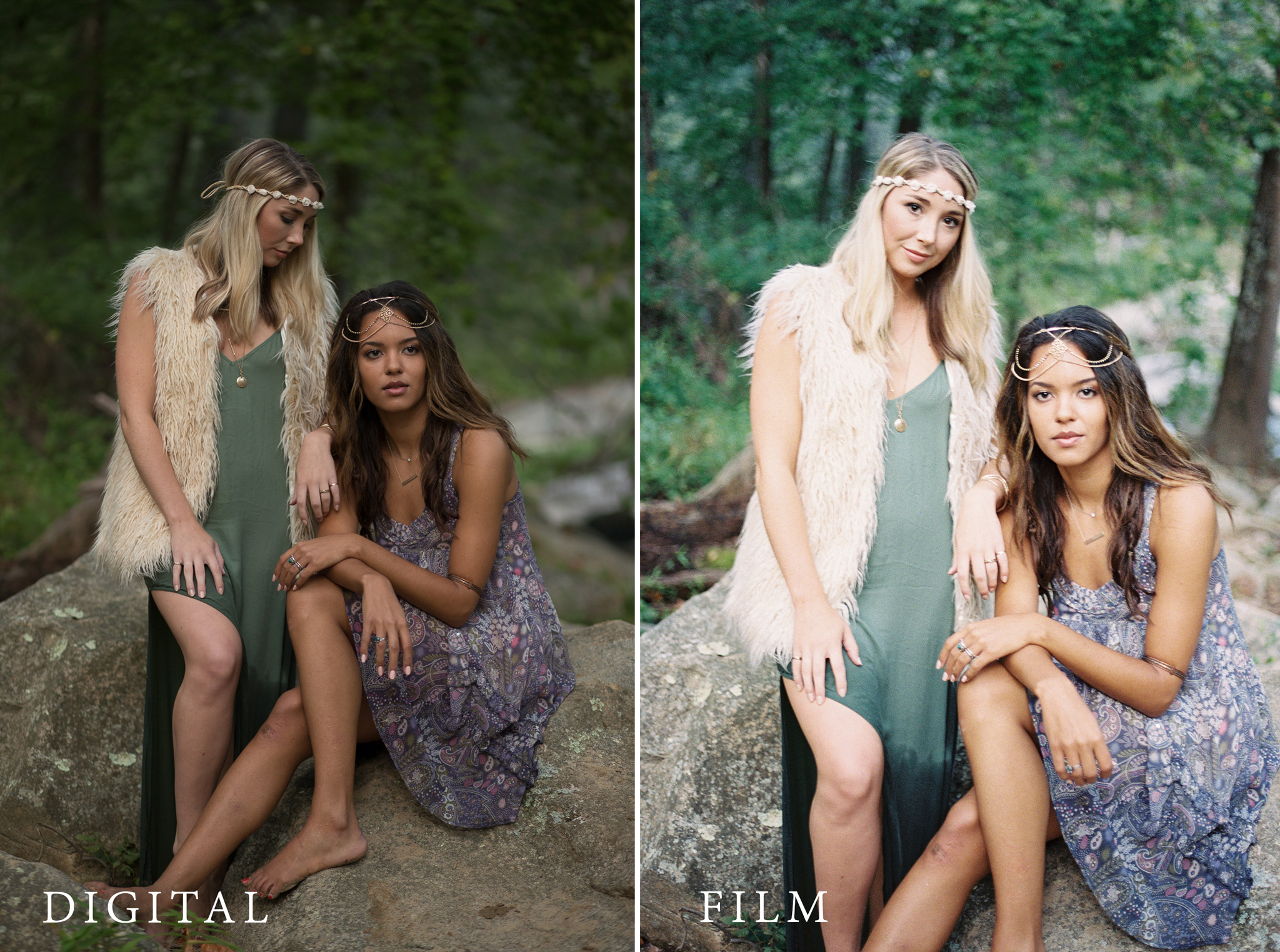 These next examples show a comparison between the RAW image (straight out of camera), the same digital photo then edited with Mastin Labs, and the film image on the far right.

Now do you see why I love film? Thanks for following along this journey with me! TAKE ME TO THE TOP

Be the first to learn about session discounts, travel dates, holiday specials,and more!

FIND YOUR WAY Around